Today, Attic Self Storage announces that it has been shortlisted for two UK Self Storage Association Awards. Its Harrow facility has been shortlisted for the ‘UK Independent Store of the Year’ award, which recognises the achievements of Self Storage facilities across the UK that consistently deliver an excellent service. Additionally, Lex Ajanaku has been selected as a finalist in the award’s ‘Manager of the Year’ category, which is granted to managers who are instrumental to the success of their stores.

The Self-Storage Association (SSA UK) is the trade association for self-storage operators and industry supplier members in the UK. The association promotes best practices to ensure that the industry is sustainable and adheres to regulatory guidelines.

Lex Ajanaku, who has been working at the Harrow store since February 2020, comments: “I feel so proud to have been shortlisted, given that there are only six finalists nationwide.”

Originally a Sales Assistant in Attic’s Bow store, Lex was promoted initially to Assistant Manager and subsequently to Store Manager, within 18 months of joining.

Frederic de Ryckman de Betz, Founder, and CEO of Attic Self Storage, comments: “This news comes to us with great pleasure as we recently celebrated Harrow’s one-year anniversary. We are delighted to see Lex’s hard work recognised as he is a trusted pair of hands and has done a fantastic job in steering the performance of Harrow. He is thoroughly deserving of being a finalist.

The ambition at Harrow was always to set high standards in self-storage and it’s great to see that, as a whole team, we have managed to deliver this and that it has been acknowledged across the wider industry.”

The customer is at the heart of the Attic Self Storage proposition, with Harrow offering customers and businesses a range of convenient self-storage services, including app-controlled locks to ensure customers can easily access their storage units and 24-hour complementary access. The site is also equipped with workspace pods that include free Wi-Fi, access to a printer, hot drinks and charging sockets.

Attic Self Storage has four trading self-storage facilities across London, including Bow, King’s Cross, Marylebone, and Harrow with a fifth store due to open soon in Beckton. The company was established in 2006 and prides itself on its state-of-the-art facilities, digital tools & services, and delivering customer service that is second to none. 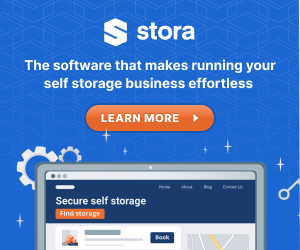