Recently, Heitman LLC., a global real estate investment management firm, acquired Rent-A-Space Shrewsbury. The investment marks the first acquisition expanding Space Station, a UK self storage platform that a Heitman affiliate acquired in late 2020, and is the platform’s first storage solution in the West Midlands region. Upon acquisition of the property, Heitman plans to complete the remaining lease-up of the asset while converting bulk space into additional conventional self storage units as part of the value proposition of the acquisition.

The asset was purpose-built in 2016 and is in the final stages of its lease-up. The high-quality facility consists of 58,000 net rentable square foot of self storage. 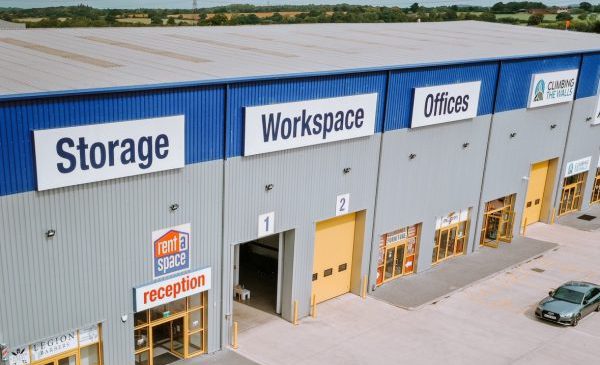 The county seat of Shropshire, Shrewsbury is inside a curve of the River Severn. Positioned near the English-Welsh border, the town is one of historical importance.

Shrewsbury was the birthplace of Charles Darwin, whose statue stands in front of the Shrewsbury School. The red-brick Shrewsbury Castle is now a museum which houses military artefacts.

Market at a Glance 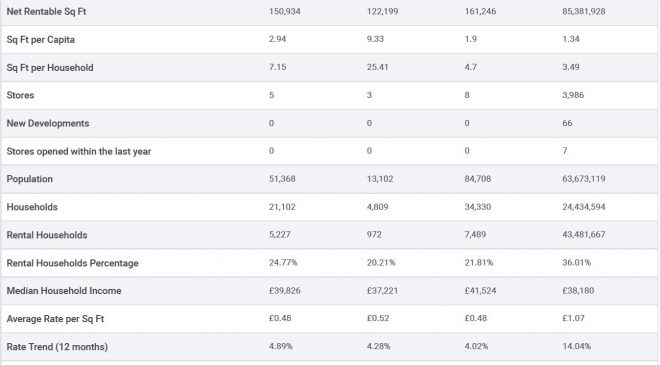 With five and eight stores within a three and five-mile radius, respectively, and populations of 51,368 and 84,708, the area seems as though it could be underserved. However, when evaluating the one-mile radius, the gross square footage sky rockets to 9.33 with a national average of 1.34.

A strategic marketing initiative could capture the three and five-mile population which have gross square footage per capita of 2.94 and 1.9, respectively. There are no developments in the pipeline and no stores have opened within five miles in the last year. 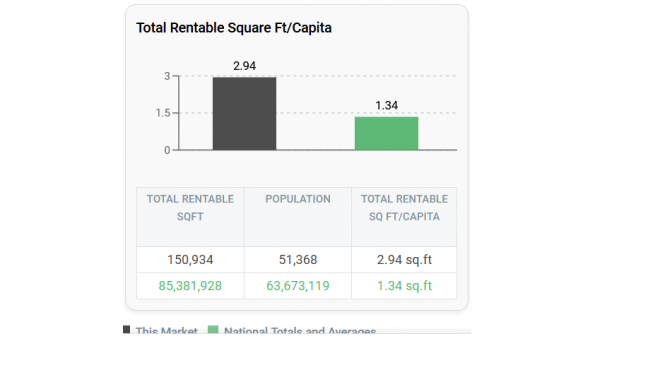 Three Things You Should Know about Shrewsbury

Average rental rates within a three-mile radius are £36.85, compared to a national average of £48.67. This could represent a market’s tolerance for supply. 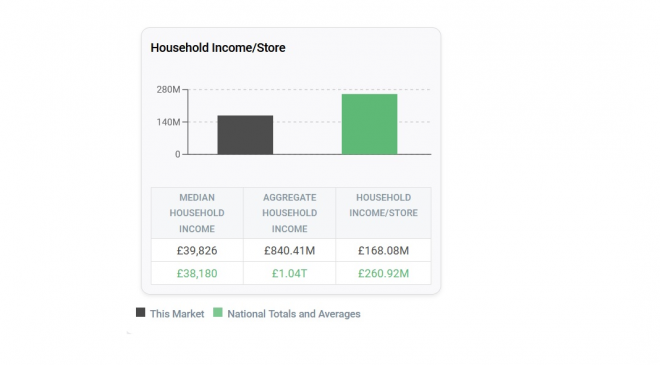 Finally, there have been no discounts offered by any stores within a three-mile radius over the past three months which could be indicative of a stabilized market.